Having already discussed burr materials in the first part of this blog series, parts two and three will focus on the varying shapes of Busch burrs and the jobs that they are intended for. We will cover shapes and cuts, and try to make some sense and order out of the vast selection out there.

Many burrs are primarily associated with the tasks involved with creating and finishing a stone setting, so this is where we will begin our journey: 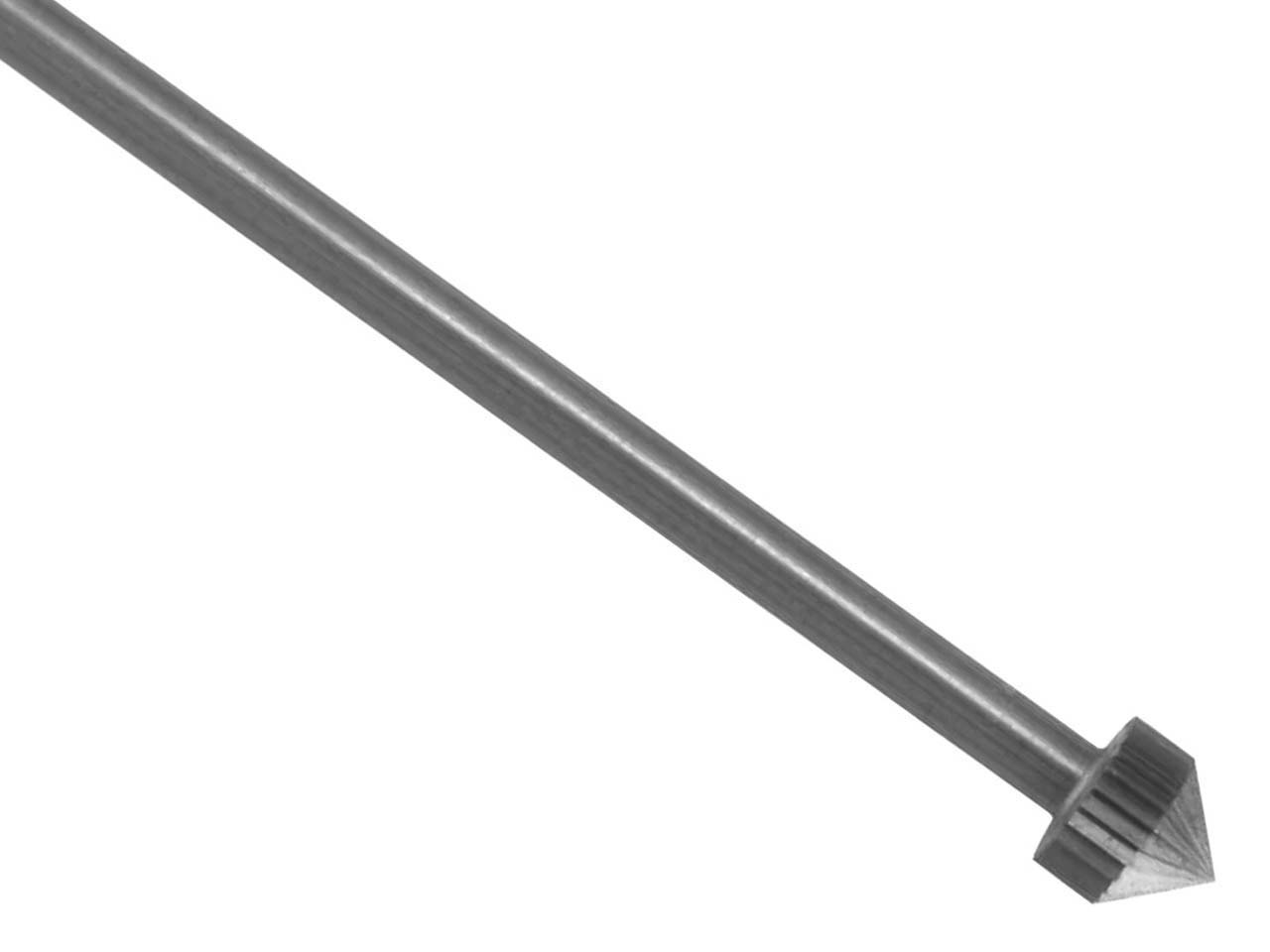 A setting burr has a pointed tip and straight sides. It is used to drill down to create a ‘seat’ for a facetted stone to sit, and its pointed shape creates the perfect housing for the pointed pavilion or underside of a stone. When choosing the burr size, go for the exact size of the stone you are using or slightly smaller to create a tight fit. This type of burr is used to create a precise shape, so it is important to keep it upright and as rigid as possible to obtain the best finish. Start at a slower speed, and increase it once you are confident of its correct position. Make sure you lubricate the burr as necessary to aid cutting and prevent chatter (vibration and unwanted ‘wandering’). 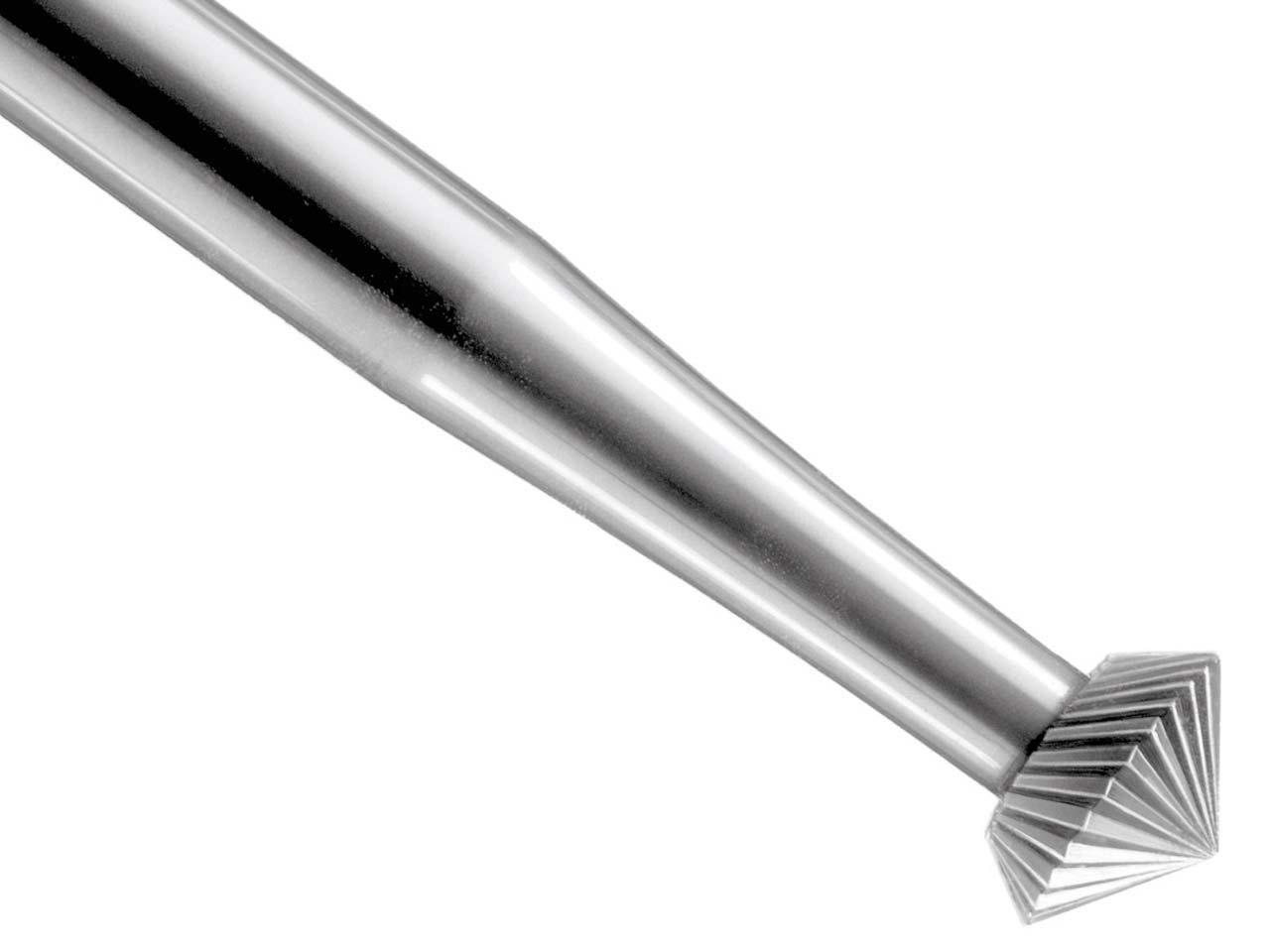 A bearing cutter is similar in shape to a setting burr, but with tapered sides rather than straight. They are widely used to remove small amounts of metal and to cut the grooves which will allow you to ‘seat’ a stone. Again, choose the burr size closest to that of your stone or slightly smaller. Many bearing cutters also contain degrees in the description e.g. 90° or 70°. This relates to the profile of the stone in question, and the shape you will ultimately achieve – for example, a 70° bearing cutter will achieve a shallower profile than a 90° tool and so on.

Ball Burrs (or Round Burrs) 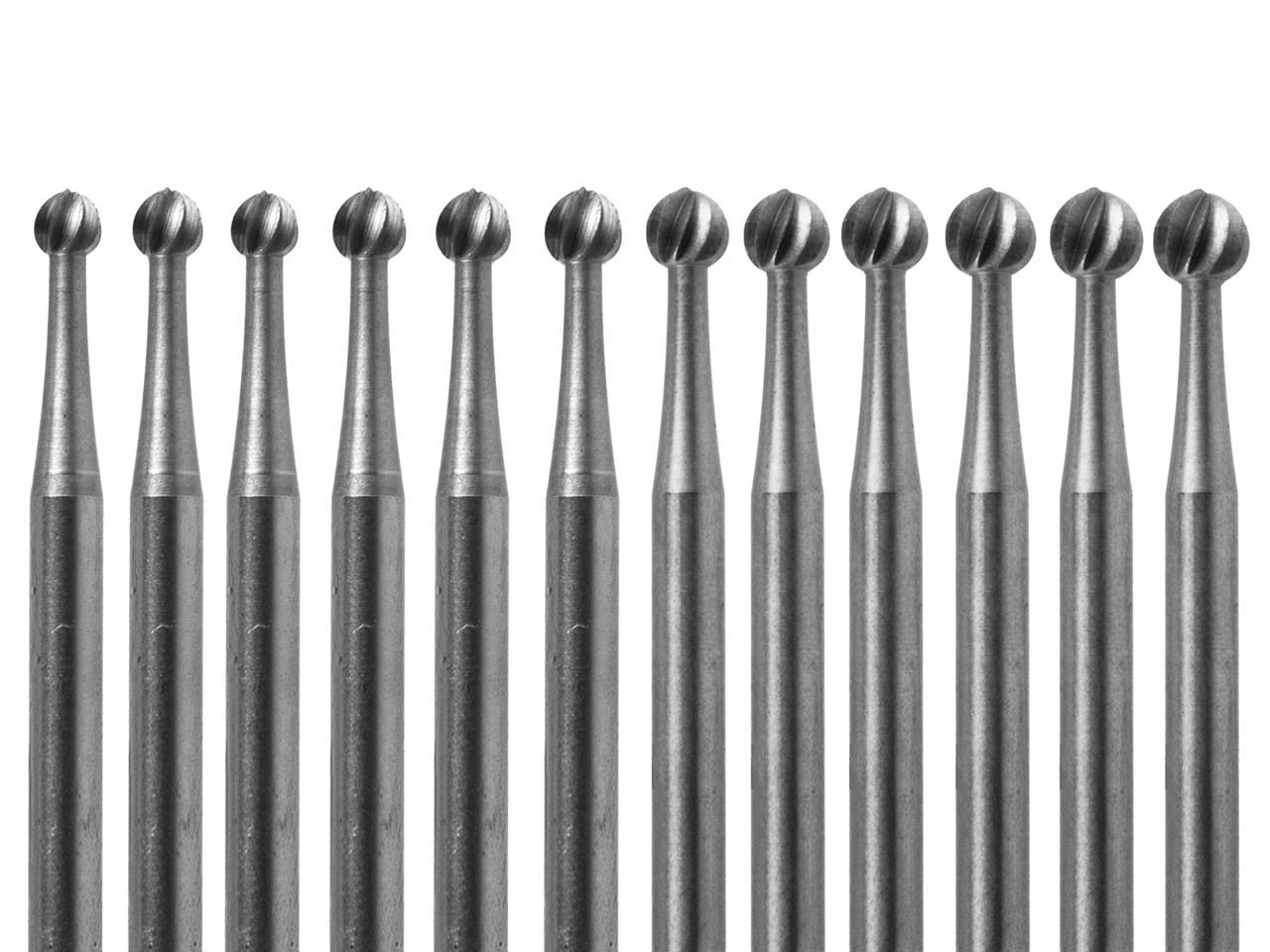 Ball burrs are completely spherical, and can be used at any angle to carve out a rounded indentation for a stone. They can also be used for general shaping. The blades are usually quite widely spaced, which will result in a rougher finish. Due to their shape, ball burrs can be quite difficult to keep in position as they are prone to rolling. It is advisable to start off at a slower speed until the burr ‘bites’, and then increase it as necessary. Again, keep ball burrs well lubricated to aid with cutting. 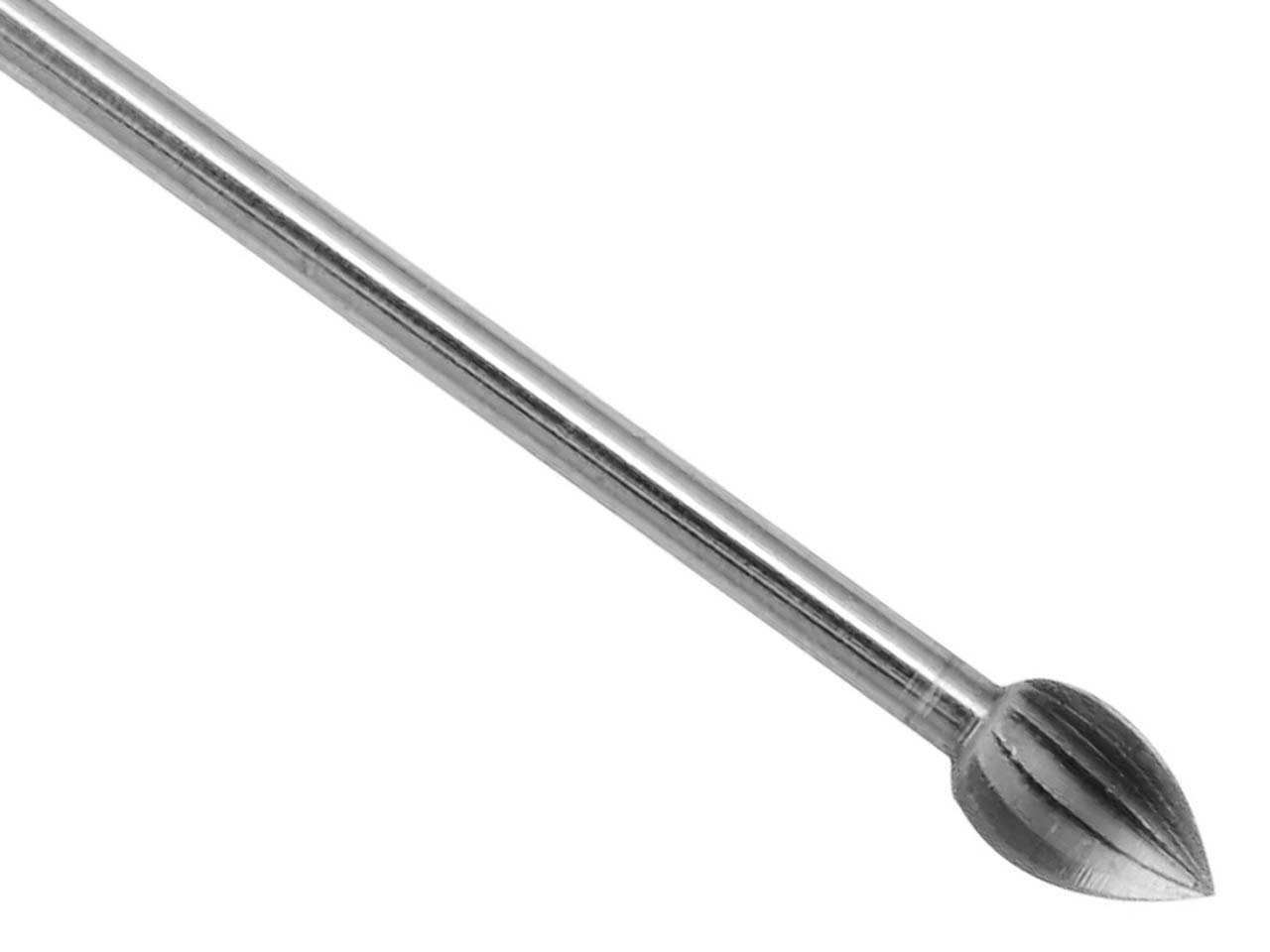 Very similar to a ball burr, the bud burr can also cut a spherical shape for a stone, but it has an additional pointed tip which will allow for more precision work. Any burr with a tip on an elongated shape can be used to refine details, and remove tiny areas of unwanted metal. They are also ideal for widening an initial pilot hole. 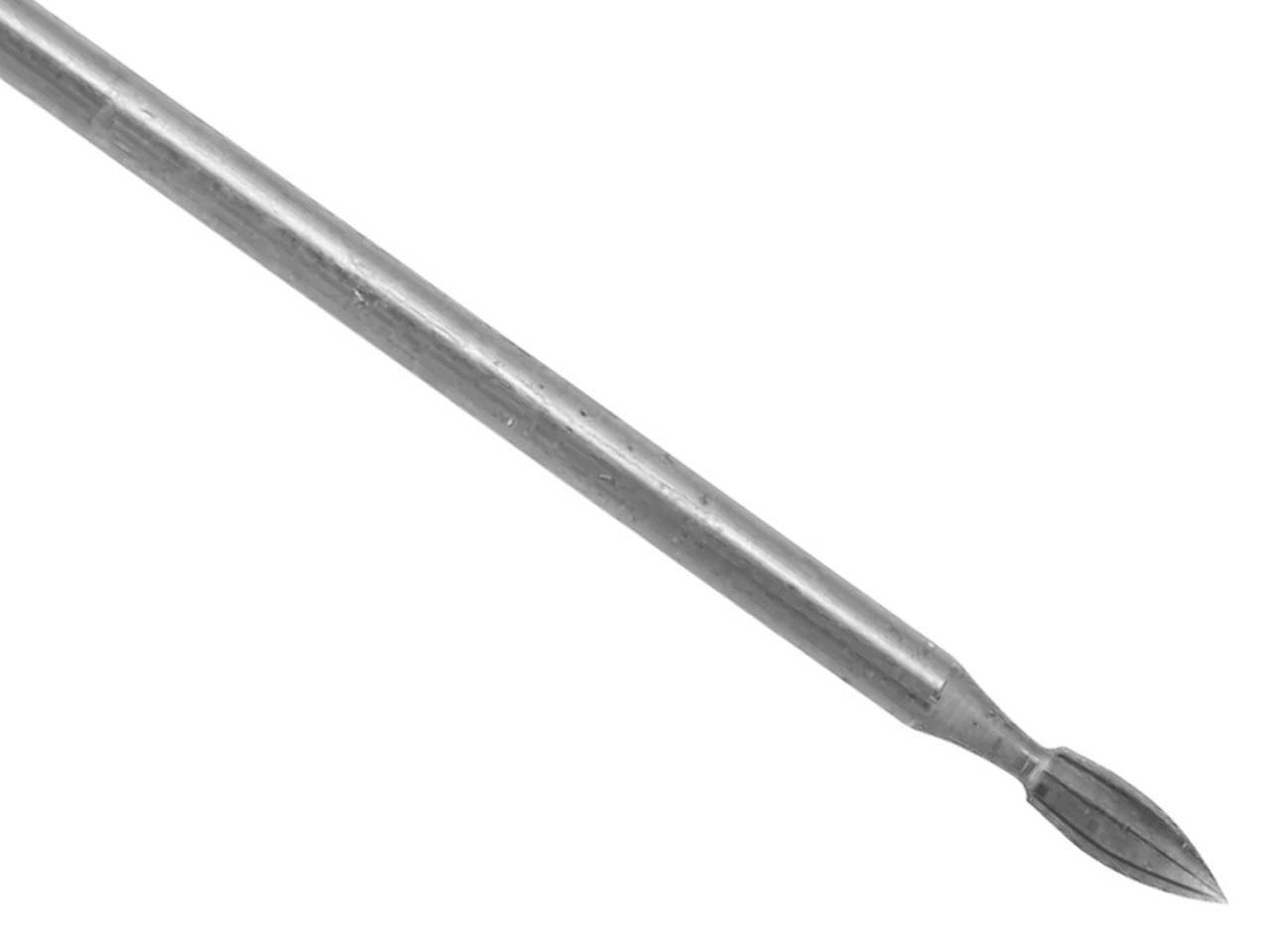 Flame burrs are really intended for fine detail rather than metal removal, and have a narrow elongated shape which allows them to be used inside a setting with ease. They are ideal for defining grooves cut to ‘seat’ a stone. 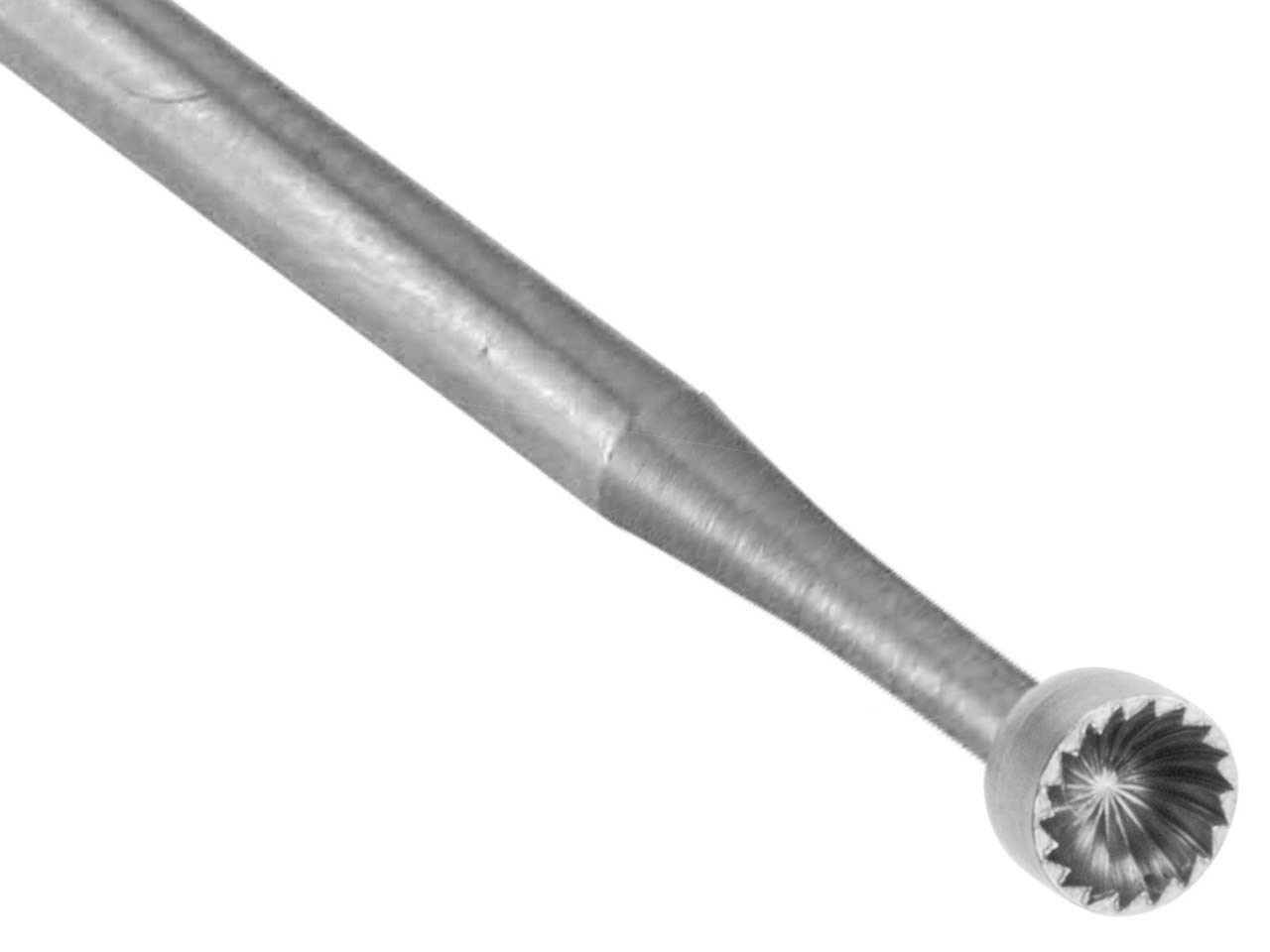 Cup burrs are used to finish the tips of claws or grains, and produce a neat rounded shape thanks to a concave, spherical cutting surface. When placed over the top of a claw tip a cup burr will remove any surplus material around it, whilst producing a tiny smoothed and rounded tip. They are also perfect for rounding off the ends of earring wires. Cup burrs can become clogged quite easily, so some designs have a channel within the design to effectively remove excess metal during the cutting process, thus preventing clogging. Clogging is much more likely to occur when using softer metals, so bear this in mind when choosing your burrs. 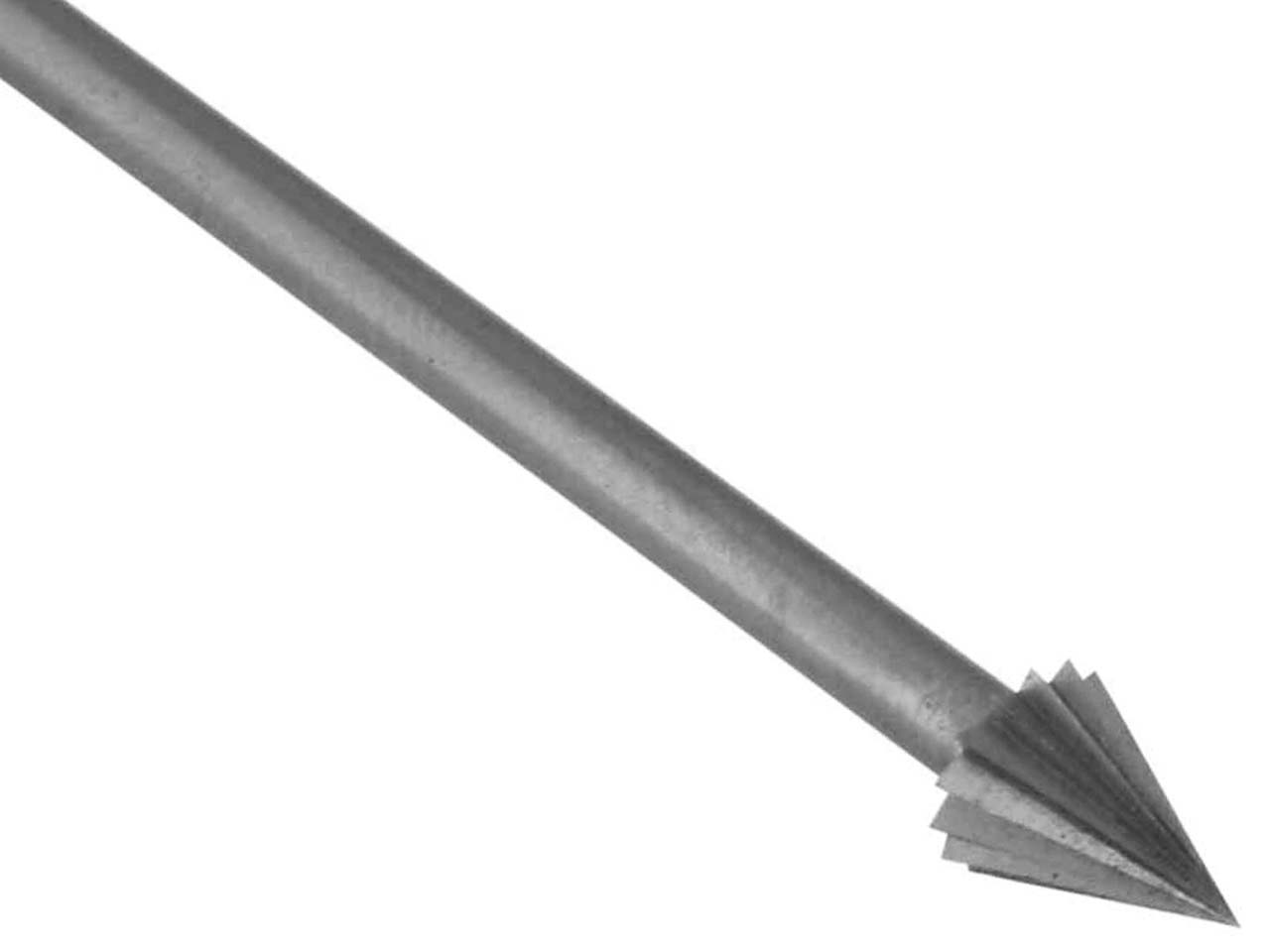 Cone burrs have a large tapered cutting surface with straight cuts and are good for small areas of metal removal, fine detailing with the tip and the widening of pilot holes. Their elongated shape is useful for accessing otherwise difficult to reach areas.

This just about covers the majority of burrs one might associate with most aspects of stone setting. Look out for the final part of our guide to burrs which will cover products concerned with other processes such as metal removal, shaping and engraving.

For an introduction to burrs and the best one to choose for your design, don’t forget to take a look at the first part of our guide to burrs which explores the different types of steel burrs available.

Engraving the inside of a ring is a popular technique amongst newlyweds and jewellery makers. It’s a way of personalising the rings so that … END_OF_DOCUMENT_TOKEN_TO_BE_REPLACED

Looking to add a little extra flare to your resin jewellery? Mica is designed to add a touch of glamour to a range of craft projects. So, whether … END_OF_DOCUMENT_TOKEN_TO_BE_REPLACED

Stone setting provides a wealth of opportunities to build on your jewellery making skill set. From the classic prong setting to the more elaborate … END_OF_DOCUMENT_TOKEN_TO_BE_REPLACED

Since it's #GetToKnowYourCustomersDay, we wondered

Order Silver Clay to win! This week, we are givin

Discover all you need to know about Silver Clay al

Happy Sunday all! It may be the day of rest for m

Be in with a chance of WINNING £100 for your next