Making a honeycomb bead bangle requires a really simple thread path, but the trick to making a successful bangle lies in the thread tension. This jewellery making project gives you all the tips you will need in order to get that right. 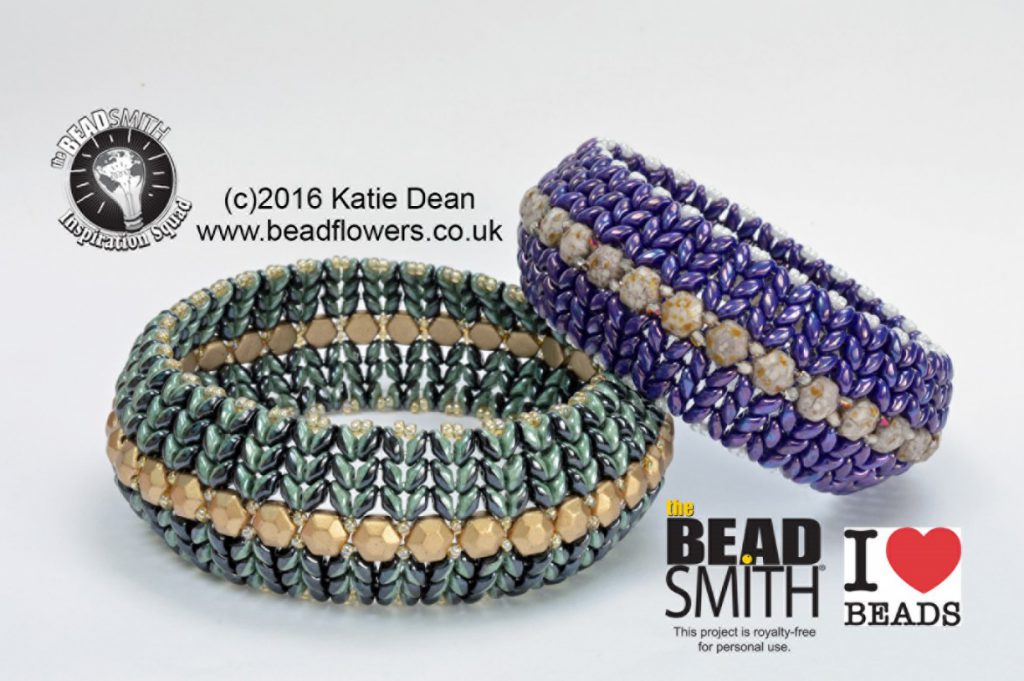 Simply follow the instructions carefully and you will be able to create a bangle from beads which is stiff enough to hold – do not be tempted to do things in a different order!

You will need (enough to make an 8” bangle):

How to Make a Superduo Honeycomb Bangle

Tip: if you struggle with the long length of the thread, use a bobbin to keep the tail thread in check and just take care with the working thread. 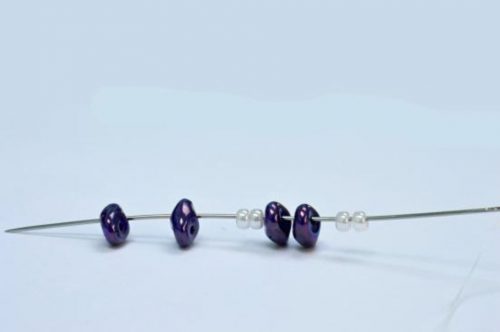 Tip: before you begin using multi-hole beads, remember to check that both holes are clear before you use the bead, otherwise you will need to unstitch the bangle part way through. 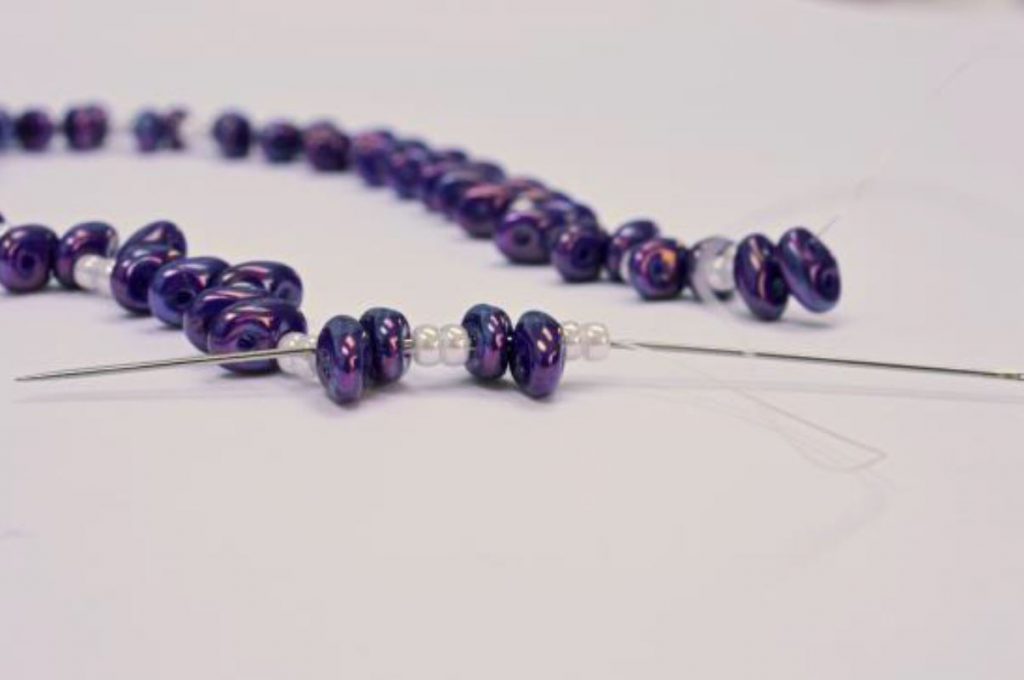 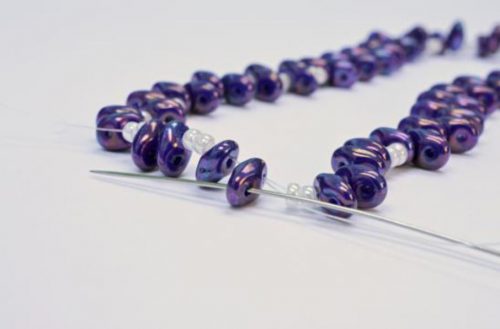 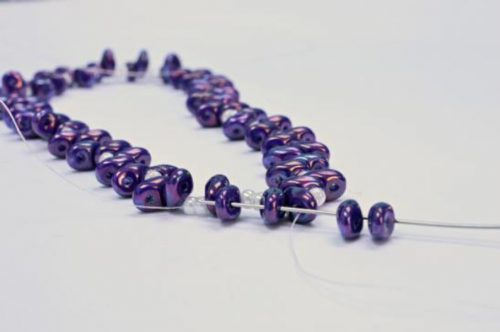 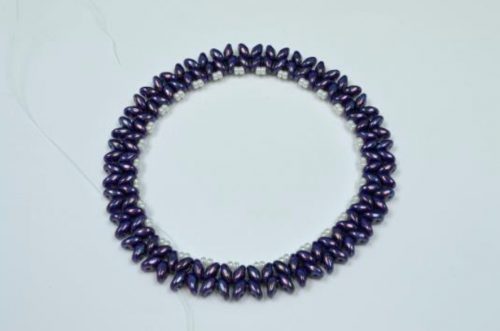 Tip: do not be tempted to try finishing the tail thread any earlier, or any later in the process – this is the point that will give you the best tension. 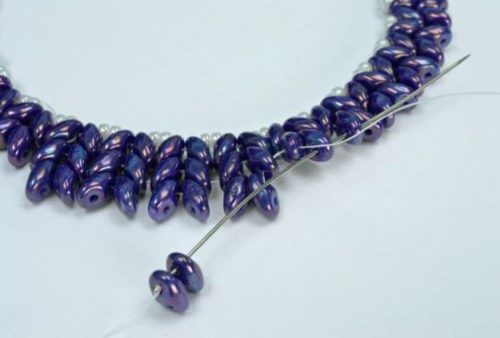 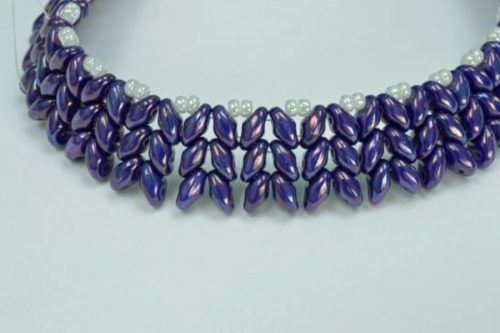 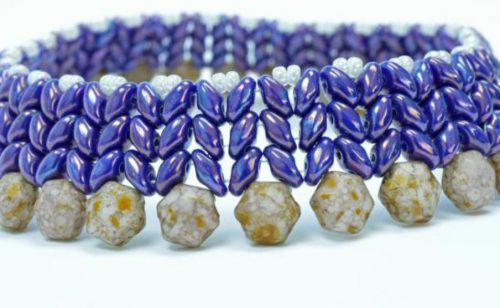 In case you haven’t spotted it, you are actually using the Tubular Herringbone technique. 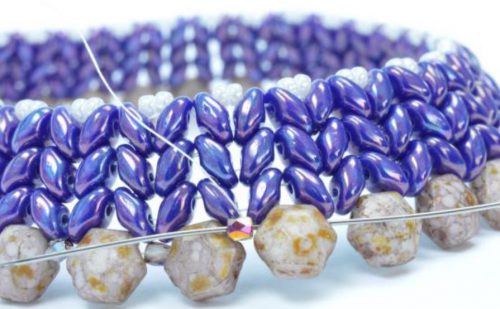 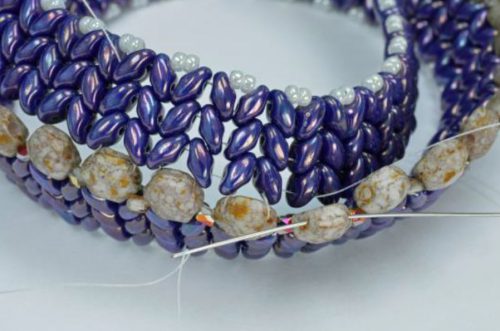 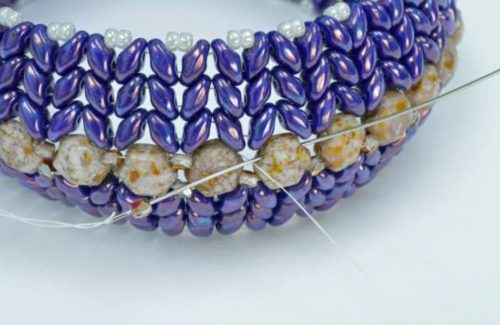 Once you have completed this beading project, have a go at one of our other step by step jewellery making projects featuring beads and stringing, stone setting and soldering among other techniques – perfect if you want to try something new. Don’t forget to stock up on beading and stringing essentials for making your next beaded jewellery design too!

Save this for later