Once again, as the Birthstone for August, Peridot comes into the limelight once again. What has often been described as ‘the poor man’s Emerald’ has actually been unwittingly revered by Kings and Queens for centuries over with one of the most infamous being Cleopatra, the last Pharaoh of Egypt. Cleopatra was well known for her love of green, she was actually said to be obsessed with it, but the focus of her fascination, which at the time was thought to be Emeralds, is actually now believed to have been Peridot. Cleopatra like many others was the victim of a huge case of mistaken identity and this has happened time and time again throughout history long before the more advanced gem identification processes we know today came into being. In fact for a long time Peridot was known as topaz until it was renamed in the 18th century by the French: Peridot meaning gold, due to its yellow/gold colour. 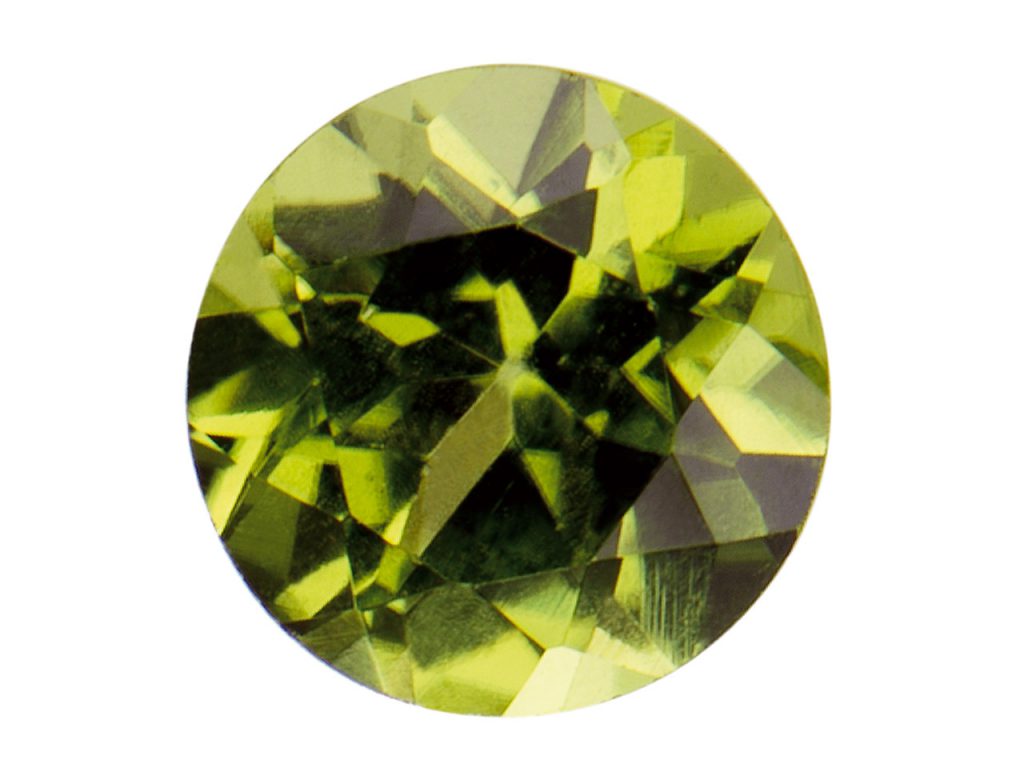 Classification issues aside, the distinctive colour of Peridot has had a strong association with light and youth for centuries. In Egyptian times it was actually referred to as ‘the gem of the sun ‘and was often buried with the dead because of its healing properties. It was also believed that Peridot possessed great protective qualities, particularly when set into gold so it was often used as a talisman. In fact legend has it that its protective powers worked best when it was pierced and strung onto donkey hair which was then carried around in the left hand – I feel somewhat sceptical about this theory but feel free to indulge if you feel so inclined!

The formation of the mineral itself is quite unique and similar only to Diamonds in that they are both found deep in the mantle of the earth (igneous environments) and brought to the surface by volcanic activity. Peridot has also been found in meteorites, although these stones are understandably, extremely rare. 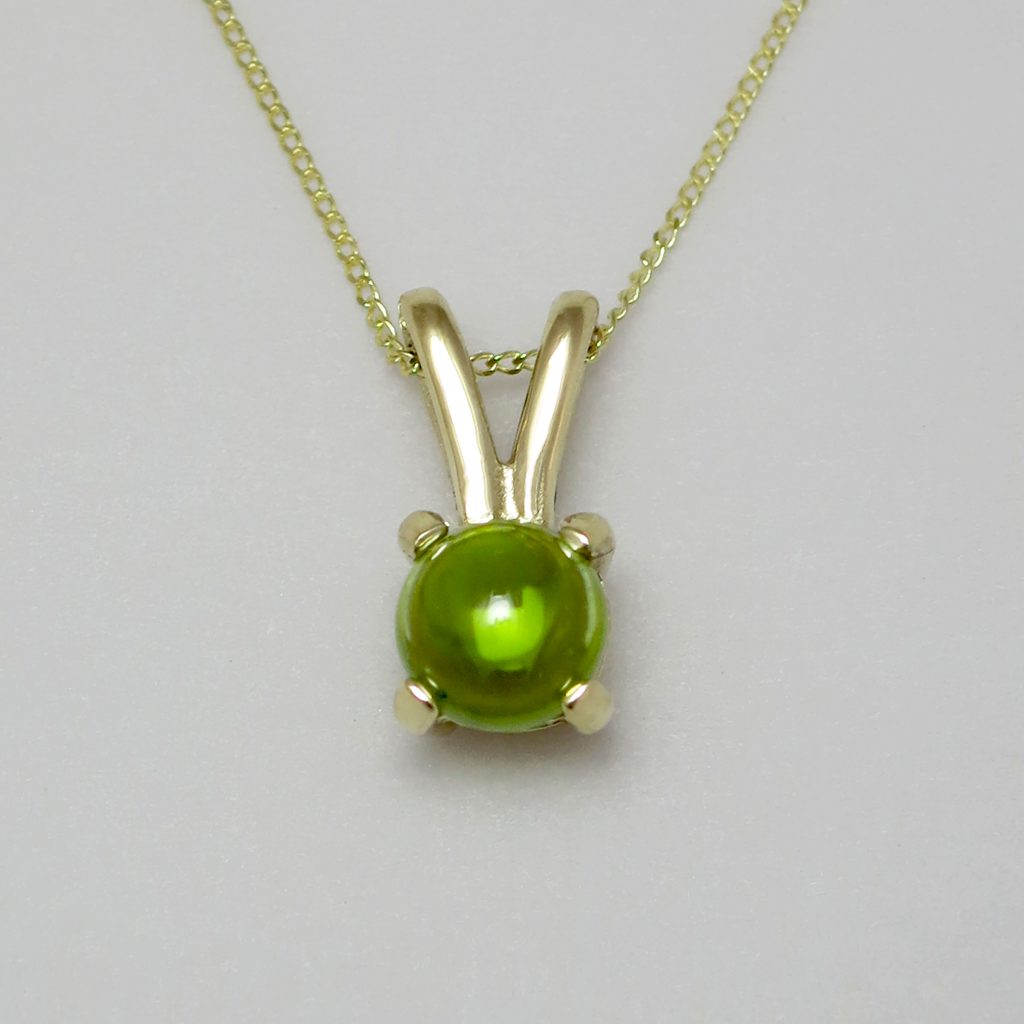 Historically, the richest source of Peridot came from a small Egyptian island known as St John (Zabargad) in the Red Sea which explains the strong links between Cleopatra and the stone; however these sources have long since dried up. Traditionally stones were small in size and often quite included and milky. But more recently however, new sources of Peridot have been discovered in Burma and Arizona and these display much more transparency making them perfect for jewellery. The discoveries of these superior quality sources of Peridot have led to a renewed interest in the gem and once again it has gained in popularity.

As I mentioned, larger examples of fine quality Peridot are rare and largely undocumented. However the largest cut stone can be found in the Smithsonian Museum in Washington D.C. and weighs approximately 310 carats (311.8 according to the official log of the museum) which is tiny in comparison to other prized stone specimens! Not surprisingly it was found on the Egyptian island of Zabargad and has since been facetted into a mixed cushion cut. Unfortunately it looks quite dark and dull in the pictures I have found and exhibits none of the light and brilliance that you would normally associate with good quality Peridot. It perhaps serves as a good reminder that with gemstones, size is not always the most important factor!

If you haven’t tried using Peridot yet, buy now from Cooksongold here and include it in your next piece.

Hi jewellery makers! I've put together a list of jewellery making books, that I feel would be ideal for those making their way into the world of … END_OF_DOCUMENT_TOKEN_TO_BE_REPLACED

I am old school…I admit it, some would go so far as to say I have Luddite tendencies; As despite huge advancements in technology and the way we both … END_OF_DOCUMENT_TOKEN_TO_BE_REPLACED

Whether you’re new to metal stamping or you’d just like to brush up on your knowledge, we can help. In our metal stamping guide, we’ll talk you … END_OF_DOCUMENT_TOKEN_TO_BE_REPLACED

The 2020 SAG Awards took place last week and the c

We recently introduced new additions to our Swarov

Since it's #NationalComplimentDay, we wondered wha

❤️ Don't miss out on our Valentine's Workshop

We're treating you to 10% OFF your order until Fri